What is TikTok?
You may not have even heard of TikTok, but that is about to change. This new social media app is taking the online world by storm and is seeing phenomenal growth.

It’s reportedly already up to 800 million users a month and is seeing a number of key Instagram influencers move over to the platform, lured by the huge potential of an emerging Asian and international online market . Musical.ly is dead, and Vine has been rotting in its grave for years, now. But the spirit of short videos memes lives on in the TikTok app.

The History of Short Video Memes
In Vine’s prime, it was churning out future YouTubers in six seconds or less, until the app couldn’t afford it anymore. Vine co-creator Rus Yusupov settled on HQ Trivia, a short-lived internet gameshow with limitless participants. This Vine 2.0 died before it even got a chance to breathe. And Musical.ly, its successor, has been absorbed up by the Chinese ByteDance Technology company hoping to capture the attention of America’s app-addicted teens.

What is it that makes TikTok different from all of the other social media Apps out there?

The obvious answers are about what it offers: whereas Facebook is increasingly about sharing news or photos or personal content and Instagram is about capturing a moment, TikTok is more about creating a moment. Its users are given the tools to make a fifteen-second, polished and produced film which loops like Vines used to do before it.

But the other major difference is the Apps owner. Unlike the other big social media apps that are U.S. owned, TikTok is Chinese. It’s owned by Bytedance which calls the app Douyin in China, and acquired the previously small American network, Musical.ly before combining it into the TikTok app.

If you wanna jump on TikTok, now’s the time. It has absolutely exploded now boasting for daily active users than Twitter and Reddit.

The other social networks are clearly paying attention: Facebook recently launched its own competitor app called Lassoo, while Snapchat has added TikTok to its list of competitors.

How to Use TikToK?
After downloading the app, you can watch Tik Tok videos without creating an account — but if you do decide to build your own profile, you can follow other users, like videos, and make your own. The interface is similar to Snapchat and very easy to use, with the ability to add sounds and short song snippets from Tik Tok’s vast library of 15-second clips.

There are also plenty of effects, filters and options, including to upload videos directly from your phone.

Part of Tik Tok’s appeal is to cover a broader genre than the original Musical.ly. Unlike Vine, the focus is still on music as opposed to comedy although there is plenty of both. It’s not particularly groundbreaking but it is becoming incredibly popular with its biggest user base in the Asian markets, India particularly seems to be in love with this new app. 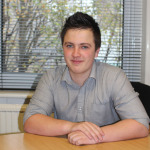 I specialise in SEO in which I have 6 years experience within the industry across both agency & in-house.